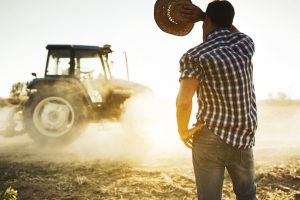 If you have outdoor workers in the golden state or the Southwest, particularly in construction and agriculture and to some extent landscaping, you need to be aware of the big increase in Valley Fever cases.

The number of reported cases of Valley Fever in California has spiked in 2017. The Cal/OSHA Reporter, a trade publication, reports that 5,121 cases were under investigation by the California Department of Public Health as of Oct. 31, 2017, compared 3,827 provisional cases at the same point in 2016 and 2,343 in 2015.

As a result, Cal/OSHA is taking a harder line on employers who expose their workers to Valley Fever. The agency recently announced that it had cited six employers a total $241,950 in penalties for workplace safety and health violations. Cal/OSHA investigate after receiving reports that workers contracted Valley Fever on a solar project construction site in Monterey County.

Workers can contract Valley fever if they disturb Coccidioides immitis spores that live in the top 12 of inches of soil in many parts of California, but particularly in the Central Valley.

When the soil is disturbed from digging, walking or drilling, the fungal spores can become airborne and easily breathed into the lungs of exposed workers. Once infected, the worker may experience symptoms like:

While most people who contract Valley Fever won’t experience any symptoms. However, some individuals have a sever reaction, that can cause long-term disability and even death. Those at high risk for harsher reactions include the elderly, pregnant women and people with compromised immune systems. African Americans and Filipinos also seem to be at heightened risk, studies have shown.

What you can do

The most at risk workers are those engaged in:

Getting a Head Start on Open Enrollment Do Return-to-Work Programs Work?